Labelling garlic as a cure for cancer is false, misleading

A Facebook page is promoting the use of garlic to kill brain cancer cells but the claim is false and misleading as there is no scientific evidence to prove that garlic can cure cancer.

A Facebook page Cure 4 Cancer with close to a thousand followers is popular for sharing remedies and cures about cancer. It often shares homemade remedies to cure different cancers and suggests to avoid radiation and chemotherapy. It goes on to say that chemo and radiation trigger more aggressive tumors. The page promotes the idea of curing cancer and other diseases with natural remedies.

In one such post, it claims that “garlic kills brain cancer cells”. But the claim is false and can mislead people who are fighting this disease.

The post highlights that the compounds in garlic gorge the cancer cells due to the activation of multiple death cascades, blocking pathways of the proliferation of brain tumors. The post attributes the claim to a study conducted by Journal Cancer. 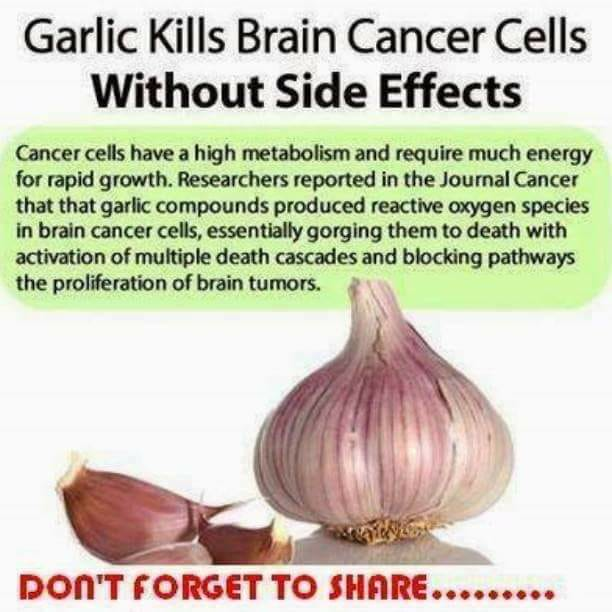 To verify this, we contacted Dr. Rohini Karandikar, a science education researcher at the Homi Bhabha Centre for Science Education (HBCSE). She explained that although many studies have been conducted regarding the effect of garlic on cancer cells, there has been no major breakthrough yet. Referring to a study by the NHS, she says that, “Researchers have studied the effect of compounds from garlic on glioblastoma cells which were lab-grown. These compounds showed cell-death or ‘apoptosis’ of glioblastoma cells. But the same study also mentions that it was a laboratory study, and no conclusions about the effects of garlic on human health can be drawn from it”.

“It is also clear that the study does not say anything about cancer treatment by eating garlic. So, the study just shows the effects of compounds from garlic on glioblastoma cells and not the effects of ‘garlic consumption’”, she added.

We further investigated and found a study Garlic and onions: Their cancer prevention properties

which said, “if garlic consumption does reduce the risk of cancer, the amount needed to lower risk remains unknown”. The study also highlights that further research and intervention studies are needed as several research gaps exist currently.

Therefore, labelling garlic as a cure for cancer is misleading, it requires extensive research.